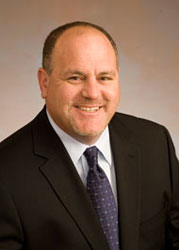 Mr. Gillman has experience in a variety of sophisticated transactional real estate matters including: finance (representing both domestic and foreign lenders and borrowers); the formation and structuring of complex general and limited partnerships, joint ventures and limited liability companies, retail, industrial and commercial leasing (representing both landlords and tenants); the purchase and sale of large commercial, retail, and residential properties; like kind exchanges; ownership and management of retail and commercial projects; troubled project workouts, California "one action" rule and anti-deficiency law counseling, deed in lieu transactions and foreclosures.

Mr. Gillman is a member of the Orange County Bar Association and the State Bar of California. He is actively involved with his Temple and in various community groups.

Mr. Gillman received a B.A. degree with a double major in Economics and Political Science from the University of California, Berkeley, in 1990. He received his J.D. degree in 1993 from Hastings College of the Law, where he was a Member and Assistant Editor of the Hastings Constitutional Law Quarterly.